Soundtrack of my life: Jared Swilley of The Black Lips

As concert life – at least in Poland – is getting slowly resurrected, it’s a good time to resurrect our old quick interview series – “Soundtrack of my life”. And as the garage rock and roll legends – The Black Lips are one of the first bands to come to Poland after the two years pandemic gap, we’ve asked their singer-bassist – Jared Swilley – about the music that means a lot to him. Here are his picks.

Music that reminds you of your idol

Link Wray is my guitar hero. I pretty much learned guitar and wanted to learn how to play guitar after hearing this for the first time as a young boy. He was the coolest guy around in my opinion.

Music that you chill to

This is a pretty obvious one. Super chill and dreamy and so efortlessly cool. It makes you feel like youre on drugs even when you arent.

Music that reminds you of your first love

I fell in love with a girl for the first time around the time i bought this box set [One Kiss Can Lead To Another: Girl Group Sounds, Lost and Found]. I remember listening to this with her, and going out and trying to find all the singles on 45. We broke up for a little bit, and during that time i met Mary Weiss from The Shangri-Las in a recording studio in New York. I got her to autograph a Shangri-Las record for the girl, and the girl took me back.

An album that you wish you had done

I just think this is the perfect record, and I wish that I had made it. It has a blend of everything i like about american music, even though its a bunch of english guys. The recording process for this one seemed fun and legendary as well.

Music that convinced you to become a musician

This record really changed my life. For better or for worse, depends on who you’re asking. I saw the film “The Decline of Western Civilisation” and seeing The Germs in that blew my mind. I became a punk rocker.

An ear worm that comes back to you most often

The Bo Diddley beat. It’s just the classic beat. It’s amazing that he invented his own time signature, and it’s the best.

The most important album of your life

Hearing The Stooges really linked everything together for me. It was the album that bridged old rock and roll and punk. I was into both, and this was the missing link I always needed. Definitely the most important album in my musical growing process.

Music that reminds you of home

The Mighty Hannibal was a soul/R&B legend from Atlanta. We met in 2005 and became best friends. He was my mentor and we spoke every morning until he died. I buried him in Atlanta and hearing his music always brings me home. Especially his song “I’m Coming Home”
Check out our other interviews – HERE!
And see you on 31th of October in Hydrozagadka – concert event here! 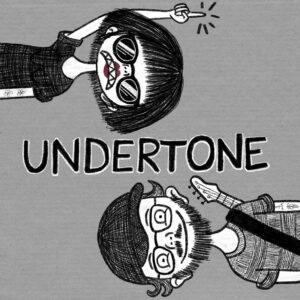